Spring on Lesvos – Why Greece Isn’t Just For Summer Holidays

March, April and May in Greece are months to be savoured: watch nature transform and bloom while Greek Easter celebrations fill the air with joy, excitement and the scents of Mediterranean cooking. By the end of May, most parts of Greece have heated up to above 25 degrees and urbanites flee to the sea-side or the mountain-side for a spot of fresh air on the weekends. Most Greeks can’t even imagine visiting Athens in July: in early June 2021, the temperature of the ground in the central Monastiraki square was a scalding 70 degrees celsius - in other words, you could fry an egg on it! So Greek islands are ideal for spring holidays, and Lesvos has lots to offer anyone looking for a Greek holiday in 2022…

Greece is known as the hottest country in Europe; Greek springtime, however, will give you the long, warm and sunny days you've been missing all winter, along with a strong dose of vitamin D, without being overbearingly hot. Greece also sees only a fraction of the holiday crowds that it sees in the summer and, in many cases, its prices reflect this: in fact, they can be as much as 50-60% lower than in July or August! The island of Lesvos in the northern Aegean is no exception, and is truly a revelation in the Spring with wonderful fragrances and vistas to be enjoyed. You can get all the best elements of a Greek island holiday and the best value too!

Why You Should Go To Lesvos

If you’re looking for an adventure rather than lounging on the beach all day to cool off the (sometimes extreme) heat of the Greek sun, Spring is the perfect time for you to visit Lesvos. While many islands keep most of their establishments shut until mid-April, Lesvos is a working island with many permanent inhabitants and year-round businesses and restaurants! Lesvos boasts an array of outdoor activities such as trekking or cycling as rainfall reaches a minimum by April. There are many beautiful landscapes to be discovered while you’re spending the Spring on Lesvos: mountains, hillsides, ravines, gorges and so much more. Greece is known all year round for the azure sea and bright blue skies but spring on Lesvos is full of beautiful colours as well! The waterfalls are full and so much more spectacular than in summer and the flowers are blooming - check out the wonderful streets of violet wisteria in Molyvos and the meadows of bright red poppies at Achladeri. Lesvos is also known for amazing rare orchids which often bloom near the beach. Lesvos makes for a colourful spring holiday and offers more than you might expect from a Greek island escape, especially at the start of the season.

Be mesmerised by the beauty of Olympos mountain or the Sykamia ravine. You can comfortably check out the ancient sites whose discovery will require (sometimes extensive) walking! Some of these unmissable sites include the temple of Messon, the Klopedi sanctuary, the Petrified Forest, the ancient theatre, the Roman Aqueduct of Moria…to name a few! These sites are truly remarkable when you have the time to concentrate on not getting heat-stroke. Lesvos is also known for its bird-watching, notably in the areas around Vatera and Kalloni. Spring-time is perfect considering the migratory patterns of the birds which choose to call Lesvos home as the northern hemisphere begins to warm up!

Greek Easter falls on any day in March or April, much like Christian Easter. 90% of the Greek population of Greece is Greek Orthodox and for the Greeks, Easter is undoubtedly a larger celebration than Christmas and the most sacred of the faith. If you’re interested in Greek culture, this is a great time to visit. For Greeks, ‘Great Lent’ begins on ‘Clean’ Monday, seven weeks before Easter Sunday, during which Greeks abstain from eating anything with blood or bones, all animal products and even olive oil and wine. The number of meals eaten per day is also restricted. The ‘Big Week’ or ‘Megali Evdomada’, is the final week of fasting running up to Easter Sunday when the fast is broken and Christ has risen. This week is the busiest week of the year in Greece! If you are in Lesvos during this period, you will see the population of the island increase as people return to their families on the island in order to celebrate with them. Come to Lesvos to witness and become part of the celebrations! The locals are so friendly they will love you to join in their traditions. You will also get the chance to enjoy the festive food on offer which is so beloved by all Greeks; Roast lamb on the spit anyone? We hope you’ll like it too!

Greek Independence Day takes place on the 25th of March. The Greeks were under Ottoman rule until 1821, when the southern part of Greece began emancipating itself through a war that lasted until 1832! In Lesvos you can watch the parade of the island’s children donning white and blue, as well as the military and navy parade. Fighter jets also form part of the show, flying over bearing blue and white! Because parts of Greece were liberated from the Ottomans at different times, Lesvos’ official independence day happens on the 8th of November as well, celebrating the island’s liberation in 1912 after having been under Ottoman rule since 1462. On Greek Independence Day 2022, just like any Greek celebration, food plays a large role in the festivities! Enjoy ‘bakaliaro skordalia’, codfish with a garlic sauce, a classic dish served on this day!

May Day or the 1st of May is a public holiday all around the world; in Greece it is considered the beginning of the summer solstice known as ‘Protomagia’ - in Greece the temperature in May often reaches the 30s, more than comfortable enough for swimming. Families and friends will head out for picnics, to the coastline or the mountain-side, flying kites and picking wild flowers and wild herbs while enjoying quality time with their loved ones. Kids will create and wear wreaths made of flowers and hang them outside the door of their house until they dry up.

This Hellenic celebration is rooted in Ancient Greek mythology when people would welcome the warmth of Spring with offerings to Demeter, the goddess of agriculture, and her daughter Persephone, who emerges from the underworld on this day to revive nature. In other words, Greeks celebrate the victory of Summer over Winter! In the Aegean island of Lesvos, young girls would traditionally wake up at dawn to walk to the local well, carrying the flowers they had picked the previous day. Here, they would fill vases with water which is dubbed ‘the water of silence’ because these girls would return to their homes without uttering a word to each other. Later on, the girls and their families would wash themselves using the same water in which their flowers have soaked. In the town of Agiassos in Lesvos, people make flower-wreaths in which they insert ‘daimonaria’, a wild herb with flat, wide leaves and yellow flowers so that husbands (and potential husbands) may be ‘demonised’. In neighbouring Asia Minor, people would include garlic to ward off the evil eye, a thorn to protect their house from enemy forces and an ear of wheat or corn for good harvest, as well as flowers of course, in their May Day wreaths. Join locals on Lesvos island and take part in these ancient traditions!

With Real Lesvos, you can experience every part of authentic Greek island life. For a relaxing island vibe with the dynamism of a cosmopolis, the beautiful island of Lesvos is the perfect choice for a Spring getaway. 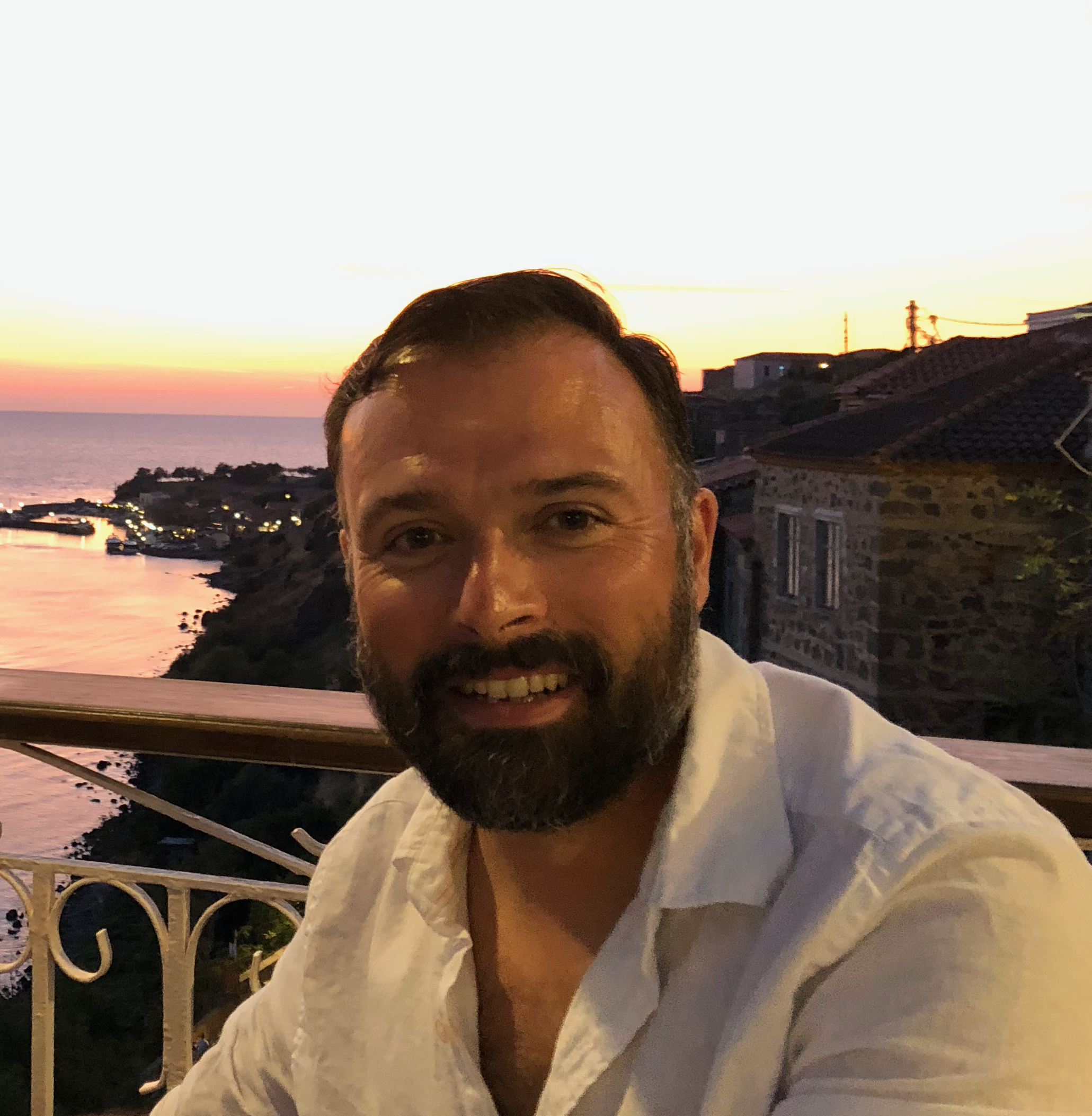 Drinking coffee in Greece is part of the culture. It is a daily ritual and method of brewing that the Greeks are rightly very proud of. Most cafes and bars...
Read Article
We use cookies on our website to give you the most relevant experience by remembering your preferences and repeat visits. Read More By using this website, you are agreeing to our Website Terms of Use policy. By clicking “Accept All”, you consent to the use of ALL the cookies. However, you may visit "Cookie Settings" to provide a controlled consent.
Cookie SettingsAccept All
Manage consent